Noah’s Ark Group Managing Director, Lanre Adisa, says the agency is committed to creative works, even in the face of challenges in a competitive terrain.

He made the pledge in Lagos, where he stressed the importance of creating a healthy environment for talents to thrive, hence the reason it has not limited creativity to a particular section in the company. His words: “Our environment engenders a culture of creativity. Creativity is not about a department but in everybody. We have been able to create an environment where talents can thrive.

“We may not have an academy, but we identify talents and give them wings to fly. That is why we place much value on our people. We are the busiest communication entity in the world.

“Just recently, we concluded Ark factor video contest where a winner eventually emerged.” Adisa explained that he contested for the presidency of the Advertising Agencies Association of Nigeria (AAAN) last year to challenge the status quo and had set the standard for the society to follow. “Having seen what the industry had become, I thought it was necessary to take part in the contest to bring life back to what the industry was known for. I fought for a creative business that was not inspiring. Our business is about ideas. Ideas come from people working hard at it.”

Asked to comment on the declining fortune of “Laif Award”, Adisa admitted the slight drop but expressed delight that Noah’s Ark maintained its position.

“Of course, we experienced a slight dip but still remain in the league of the team of brand builders. That alone is a huge success. To be in that league shows that you are doing great. Besides, what that tells us is that you cannot claim to be number one all through.

“There were times when Bill Gates, who is unarguably the richest man in the world, would slip up only for Carlos Slim Heluto to take his position. Yet, there has never been a time when Bill Gates fell down that ladder.

“It shows that having a particular position is not constant but can only revolve around.”

Speaking on what has helped Noah’s Ark in the past 12 months, its Creative Director, Bolaji Alausa, cited the ability to work as a team and the understanding of today’s consumers who are more dynamic.

“We work as a group, integrating the resources and talents in our disposal to achieve our goals. For that alone, the clients have been of immense benefit to it,” he stressed.

He said clients may become more interested in what the agency will bring to the table this year, against the usual practice where they assess agencies largely on affiliations.

The pitch for the Three Crown account was a battle between Noah’s Ark, DDB Lagos, and an undisclosed agency.

Unlike other pitches where winners were announced after evaluation of presentation, FrieslandCampina, which owns the brand, transferred the decision making responsibility to consumers who settled for Noah’s Ark. 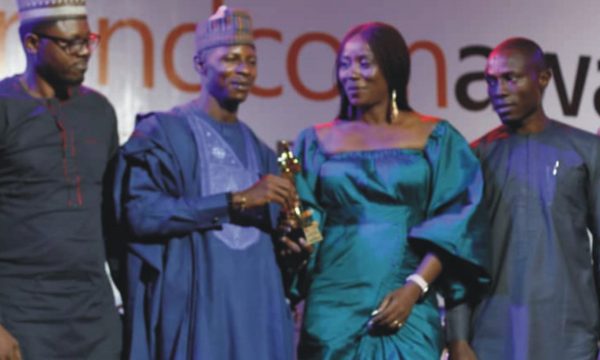